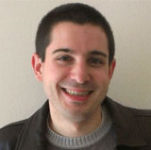 Tim Linden was an Einstein Postdoctoral Fellow at the University of Chicago and is now at Ohio State University. In 2013, he earned his Ph.D. in Physics from the University of California – Santa Cruz. Tim is also an alumnus of Northwestern University (Class of 2008). His research focuses on the development of theoretical models for the indirect detection of Dark Matter and on the astrophysics of the galactic center region. When he’s not doing physics, Tim spends his time being disappointed by Cleveland sports teams, arguing about politics, and traveling.