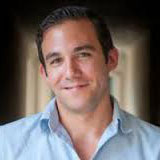 Emmanouil (Manos) Chatzopoulos was born in Athens, Greece in the February of 1986. He is the son of an air force pilot and an accountant. He went to school in the beautiful southern Greek town of Kalamata where he started been interested in the science of astrophysics at an early age.

During these years, he had the chance to represent Greece to the International Space Camp held annually in the NASA Marshall Space Flight Center facilities in Huntsville, Alabama. This experience boosted his interest about astronomy even more, so that he decided to pursue a physics Bachelor’s degree, with focus in astrophysics, in the University of Crete. As a result, he spent his undergraduate years in the beautiful island of Crete where he had his first astronomy related research experience during his Senior year that resulted in the publishing of two papers. By that time, he was certain he wanted to pursue a career in Astrophysics research and he decided to apply for Graduate Studies to various U.S. graduate programs.

He decided to come to the Department of Astronomy of the University of Texas at Austin in 2008 to start his PhD studies in Astrophysics under the supervision of Professor J. Craig Wheeler studying exploding stars (supernovae). In 2010 he received his Master of Arts (MA) degree in Astronomy for studying models of supernova light curves and reporting the discovery of the Super Luminous Supernova 2008am.

Manos obtained his PhD in Astronomy in May 2013 and subsequently accepted a position as an Enrico Fermi Postdoctoral Fellow at the Department of Astronomy & Astrophysics and the FLASHCenter of Computational Science at the University of Chicago. He currently works in a variety of challenging numerical simulations of massive stars and supernovae some of which are run on Argonne’s National Laboratory Mira supercomputer, one of the biggest computing machines in the world.