Working with Yacine Ali-Haïmoud and Prof. Chris Hirata, we included the effect of Lyman line-overlap at high n in computations of recombination, finding, that along with a slew of other previously unconsidered radiative transfer effects, that they do not need to be included in recombination calculations at the levels of precision needed for Planck data analysis. We also found that some energy levels near n~50 show population inversion! The coherent amplification factor is too small, however, to realize the exciting prospect of a global recombination laser.

So far, we just explored this question for a radiative-transition only recombination computation. In future work, I hope to include the effect of very poorly understood collisional transitions between high-n states of hydrogen on the recombination calculation, to make sure they do not change predictions of CMB statistics for the Planck satellite. Below, the top panel shows the total optical depth in n=50 to 49 transitions. A large negative optical depth is required for lasing. The top panel shows the quantity

, which parameterizes the degree of population inversion in hydrogen. 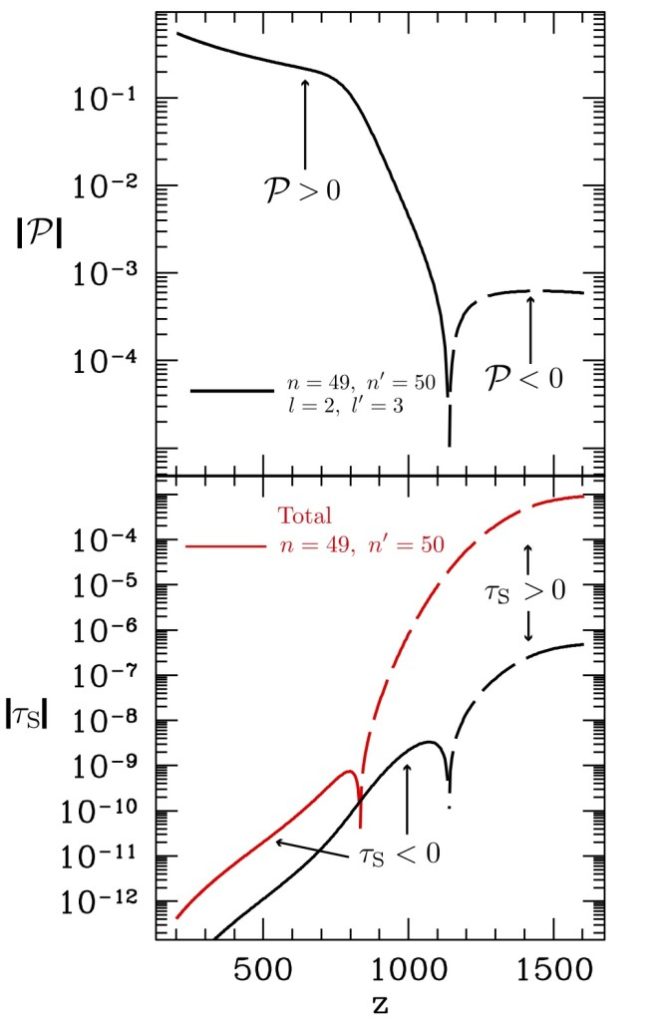